The History of Tulum Mayan City

Wouldn’t be great to spend a good and well deserved vacations, far from the stress and the noise of the city, in one of the most beautiful Caribbean beach in the world? Of course it would be amazing, and you can have them here with us, in Tulum Mayan city, the paradisiacal port full of magic, culture and lots of fun!

Also known as the Walled City, Tulum it’s a big touristic spot in the Riviera Maya, with a lot of awesome archaeological zones where you can find ancient buildings like El Castillo, located just beside the sea, or the Templo de los Frescos, decorated with old Mayan paintings in gray and blue scales.

Tulum, or Tuluum, it’s a Mayan word that stands for wall. The city is located inside the Tulum National Park, which was proclaimed like that back in 1981 to guarantee the protection of the natural areas. In the past, the Mayan people used to refer to the city as Zamá, which stands for dawn, but it was later changed to the actual name after the ruins were discovered.

The walled city it’s full of green ecosystems, a shocking wildlife and stunning views, all worth seeing and appreciate. The archaeological area is one of the most important ones from the Riviera Maya and it has great constructions to watch.

The population of the city it’s composed mostly by tourists, due to the fact that is one of the most visited places of Mexico; it also counts with small villages and towns on which, currently, Mayan language it’s spoken, mainly by the elderly inhabitants. You will find kindness among the locals, a positive attitude and smiles, lots of them ☺

Just to the south of the city, the Sian Ka’an reserve it’s located, between sand roads and jungle and which name stands for “where the heaven is born”, and it’s actually very accurate since there you’ll find a true paradise. Their virgin beaches, almost unexplored, are ideal to reach total relaxation surrounded by the blue and crystal clear sea, the amazing jungle and the fresh and soft white sand.

Once you are here, you should pay a visit to Kaapeche lagoon, a big green-ish water pond which feeds itself from a large cenote at the center.

Don’t think about it anymore, if you want to party, learn the culture or just relax and rest, Tulum it’s your best choice. 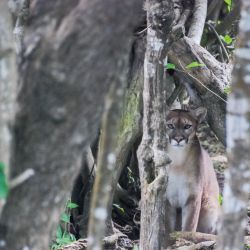 Xcaret Park, a paradise near Tulum 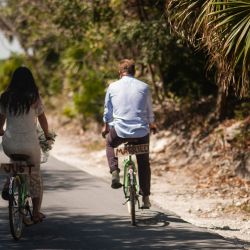 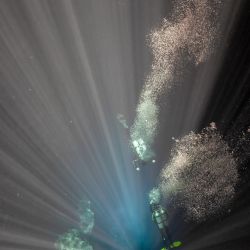